The Halos added Bundy via trade and signed Teheran to a one-year deal to help bolster the rotation with two durable starters. The Angels could still look to acquire another starter -- most likely by trade -- or go with one of their youngsters, such as Sandoval, in the rotation. Peña is also in that mix but could be moved to the bullpen. And Andriese, who was acquired via trade on Jan. 14, could also compete for a spot or pitch out of the bullpen, where he's been mostly used in recent years.

The Halos don’t have to worry about acquiring a closer, as Robles excelled in that role last season. Buttrey figures to be the top setup man again; he will look to stay strong throughout the year after fading a bit late. The Angels aren’t expected to make much of a splash this offseason in terms of acquiring relief help, but they could look to add a couple of veterans, including a left-hander. They’ve made some minor additions via waiver claims and Minor League trades, acquiring Markel, Mayers and Keller this offseason.

Unless the Angels successfully petition to Major League Baseball for an exemption, Ohtani won’t be eligible to be a two-way player to start the season because he only served as a DH in 2019 after undergoing Tommy John surgery on his right elbow on Oct. 1, 2018. Once he reaches 20 starts at DH in '20, he’ll be eligible to be a two-way player, which essentially gives the Angels another pitcher. Ohtani is expected to start roughly once a week and serve as DH three to four times a week. Walsh saw action as a reliever and a first baseman as a rookie, but he’s not likely to reach the 20-inning mark needed to become eligible.


A day after setting up a security presence and barring access from reporters at spring training on Wednesday, Astros owner Jim Crane, third baseman Alex Bregman, and second baseman José Altuve spoke publicly on Thursday to apologize for its illicit sign-stealing operation that resulted in a 2017 championship.

Crane, Altuve, and Bregman didn’t give what many would consider to be satisfactory apologies. Crane, unsurprisingly exonerated by MLB’s investigation, nullified any remorse he might have claimed to have shown by saying, “I don’t think I should be held accountable.” Altuve said the organization “feels bad” but did not use the word “sorry” or “apologize.” Bregman came the closest to an actual apology, but deferred to passive voice, saying, “I am really sorry about the choices that were made by my team, by the organization, and by me.”

This is not the first time the Astros have been monumentally terrible at apologizing. After defeating the Yankees in the ALCS, then-assistant GM Brandon Taubman taunted three female journalists, yelling, “Thank god we got [Roberto] Osuna! I’m so [expletive] glad we got Osuna!” Osuna, the team’s closer, was suspended in 2018 when he was with the Blue Jays after being arrested on a domestic violence charge. One of the reporters on the receiving end of Taubman’s rant, Stephanie Apstein, reported on the incident for Sports Illustrated. The Astros immediately responded by accusing Apstein’s report of being “misleading and completely irresponsible,” despite being backed up by other reporters. Taubman, who lost his job with the Astros, even admitted that the story was true.
Nearly an entire week passed until Crane retracted the Astros’ statement and publicly apologized to Apstein and Sports Illustrated. Crane said, “I assure you that the Houston Astros will learn from this experience.”
The Astros aren’t accidentally bad at apologizing. Rather, it’s quite intentional, and they’re not alone. Acting antisocially and showing no remorse for it is the American zeitgeist. Former Astros GM Jeff Luhnow used to work for McKinsey & Company, a management consulting firm that has been involved in a multitude of scandals, including Enron, supporting authoritarian regimes, insider trading, and racketeering. Luhnow brought in McKinsey consultants to work with the Astros’ front office. The culture Luhnow created was described in Major League Baseball’s investigation into their sign-stealing operation as “very problematic.” Commissioner Rob Manfred wrote, “At least in my view, the baseball operations department’s insular culture — one that valued and rewarded results over other considerations, combined with a staff of individuals who often lacked direction or sufficient oversight, led, at least in part, to the Brandon Taubman incident, the club’s admittedly inappropriate and inaccurate response to that incident, and finally, to an environment that allowed the conduct described in this report to have occurred.”
For as scathing as that may have read, the Astros got off easy. The league suspended Luhnow and manager A.J. Hinch for one year, fined the organization $5 million (the maximum allowable fine), and rescinded the club’s top two draft picks in both 2020 and ’21. Notably, the club’s international spending was left untouched and Crane was exonerated in the report. That’s to be expected, of course, as Manfred works for the owners.
The Astros got to keep their 2017 championship. The players and staff got to keep their postseason shares — nearly $439,000 as opposed to roughly $260,000 for winning the pennant. The Astros got to keep all of the profits gained from increased advertising, ticket, merchandise, and concession sales, and from generally having an improved brand and reputation.
The Astros are a microcosm of our society. We do not create stiff enough penalties to discourage wrongdoing. The calculus always comes out in favor of acting immorally. If you don’t care about things like “healthy relationships” and “respect,” then you should always choose to cheat, to step on your opponents, to stab your allies in the back. The Astros are as cold and as calculating an organization as we have ever seen in the sport, perhaps in all of organized sports. Their fumbling apology tour today was no accident. They are not sorry, have never been sorry, and will never be sorry. If given the opportunity to redo how they handled things over the past few years, they would change nothing and act exactly the same all over again. But it’s not the Astros organization that needs to change. It’s us.
https://www.msn.com/en-us/sports/mlb/as ... spartandhp

Enjoy Opening Day At Home With These Classic Games On MLB.com 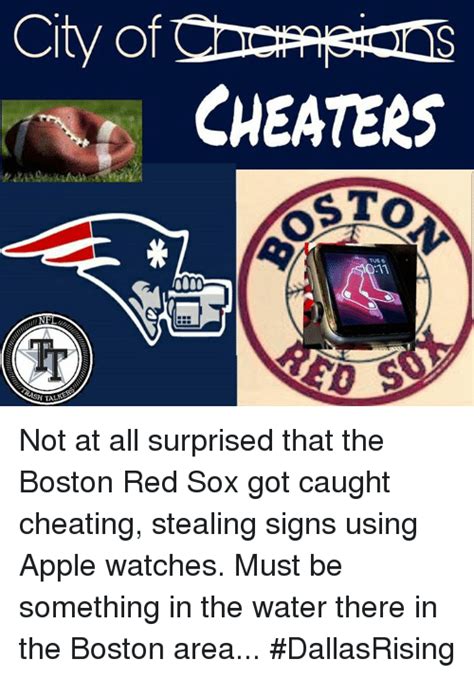 The head of Major League Baseball detailed on Thursday the league’s plans for a return to play this year amid the novel coronavirus pandemic. Commissioner Rob Manfred said that frequent testing would be a “key” element, and that a positive test for a player would not necessarily force his entire team into quarantine.
Speaking on CNN, Manfred said he was “hopeful” that MLB can start its season this summer, after it suspended spring training in mid-March while almost every other major sports league worldwide enacted similar shutdowns.
The NFL is hoping for a full season, but state-by-state issues could complicate things

“We are making plans about playing in empty stadiums,” Manfred told CNN, “but as I’ve said before, all of those plans are dependent on what the public health situation is, and us reaching the conclusion that it’ll be safe for our players and other employees to come back to work.”


The commissioner said that as part of the “extensive protocols” MLB has developed in a bid to return this year, “All of our players would be tested multiple times a week — PCR [polymerase chain reaction] testing to determine whether or not they had the virus. That testing would be supplemented, less frequently, by antibody testing as well.”
Teams will also be doing temperature checks and symptom analyses for every player, every day, said Manfred. He added that experts with whom MLB has consulted advised that in the event of a positive test by a player, his teammates would not have to quarantine for 14 days.
That jibed with claims Anthony S. Fauci, the director of the National Institute of Allergy and Infectious Diseases, made earlier this week in the context of the NFL’s possible return this year. He suggested that one player testing positive might not be enough to cancel a game, because it could be an “outlier” result. Fauci went on to note that as few as four players testing positive on the same squad might present a major problem, however, as that could indicate “the other ones that [tested] negative are really positive.”

Sign up for our Coronavirus Updates newsletter to track the outbreak. All stories linked in the newsletter are free to access.

Under the MLB plan, a player testing positive would go into isolation and the league would commence contact tracing and point-of-care testing for those people. Quarantined players would need to have two negative tests within a 24-hour period to be allowed to return to their teams, Manfred said.
While acknowledging that “nothing is risk-free,” he said MLB officials “hope that we will be able to convince the vast majority of players that it’s safe to return to work.”
“The protocols for returning to play, the health-related protocols, are about 80 pages in length,” said Manfred. “They’re extraordinarily detailed. … At the end of the day, however, if there’s players with either health conditions or just their own personal doubts, we would never force them, or try to force them, to come back to work. They can wait until they feel they’re ready to come.”

Aiding MLB in its plan to enact extensive testing will be Salt Lake City’s Sports Medicine Research and Testing Laboratory, which already oversees the league’s drug-testing program. The facility recently helped researchers run a major, nationwide study of the prevalence of covid-19 antibodies, one that used thousands of MLB staffers and players as test subjects.
“The lab in Utah has assured us of a 24-hour turnaround on all of our tests,” Manfred said Thursday. “So we feel comfortable that by doing multiple tests a week, we can try to minimize that turnaround time, we’re doing everything humanly possible to make sure that the players are safe.”
Another major hurdle MLB is trying to clear is a labor agreement with its players union, given a shortened season that Manfred said he hopes can commence in early July.


Declaring that teams stood to lose as much as $4 billion if there is no 2020 season, the commissioner proclaimed “great confidence” that a deal will be reached.
Some sports in other countries have resumed or are about to do so, including baseball leagues in South Korea and Taiwan and Germany’s top soccer league, and Manfred said he and others are watching intently to see what may or may not be working well for those organizations.
After it was noted on the CNN segment that some games overseas have used fake fans in the stands to give the feel of a normal event, Manfred said that he has had conversations with MLB broadcast partners about “what we can do from an enhancement perspective.”
Joe Buck says Fox Sports plans crowd noise, possible use of ‘virtual fans’ for NFL games

As for what he has been watching on TV in the absence of sports, Manfred said he has instead been “reading a lot” and exercising. He added with a smile, “I guess somebody in my job has to believe there’s no substitute for live sports.” Washington Post


MLB has submitted a 60-game regular-season schedule for review by the Players Association. In order to mitigate travel, the schedule would include 10 games for each team against its four divisional opponents, along with 20 games against the opposite league’s corresponding geographical division (for example, the AL East will play the NL East, and so on).

Always knew the Mets were Art!